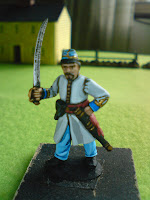 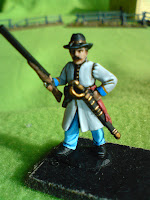 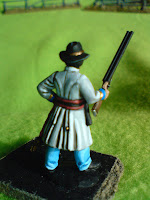 Painted Confederate troops (unbased)
To show how easy it is to get some variety into the figures here's a picture of four two miniatures using two basic models. Quite an effective method by simply using different headgear and painting the outfits different colours. 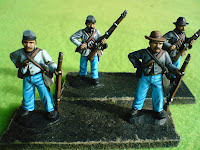 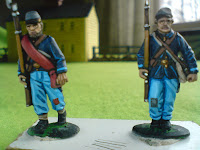 The Saxon church of St. Peter's is the oldest church in Warwickshire and contains several interesting including a small chained library and a monumental brass. 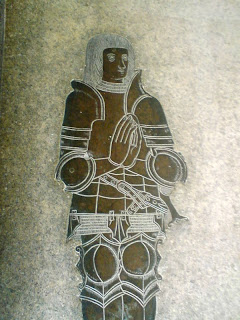 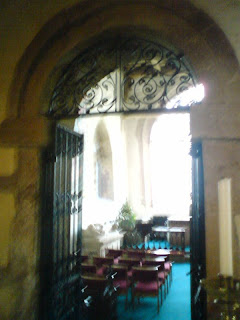 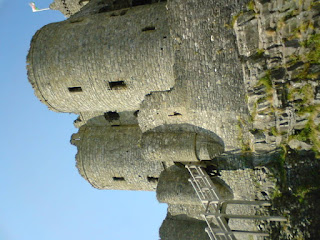 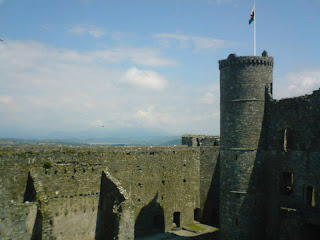 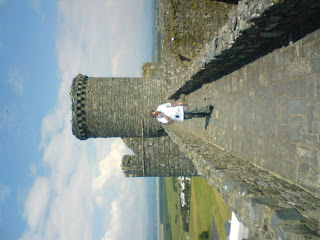 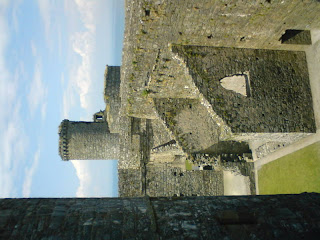 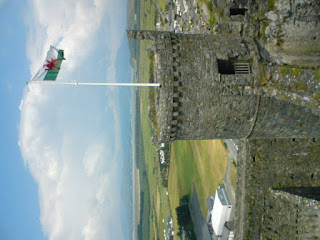 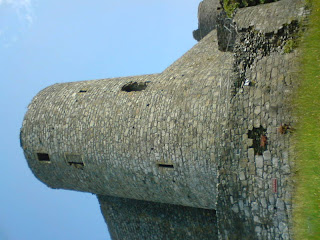 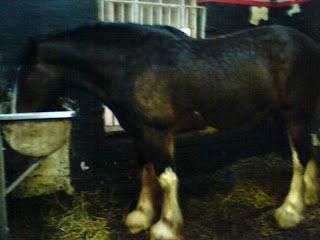 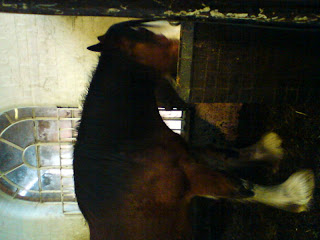 Posted by Ubique Matt at Tuesday, February 17, 2009 No comments: 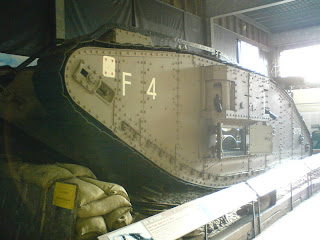 The Museum of Lincolnshire Life, housed in Victorian army barracks, has on display one of the first tanks developed by the local firm of William Foster & Co. The tank, named "Flirt II" is a Mark IV Female (armed with machine guns rather than cannon) although the tank on display was actually built in Birmingham (Oldbury?) one of the 595 built during the war. This tank saw action at the famous Battle of Cambrai in November 1917.

In case you were wondering the box art for the Emhar MK IV was based on this particlar tank. The chaps from Ehmar used this example for reference.

From 1917 numerous Mark IV tanks were used to promote the sale of War Bonds and War Saving Certificates. The Government released tanks to towns and cities throughout the country. After the war all, except one in Ashford Kent, were scrapped. These Presentation Tanks were displayed throughout the midlands including: Birmingham, Brierley Hill (my home town, I believe the tank was on display outside St Michael’s church), Dudley, Oldbury, Smethwick, Stourbridge, Sutton Coalfield, Walsall, Willenhall and Wolverhampton. 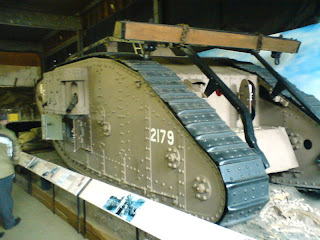 In the next popular (with me at least) installment I’ve posted images of a number of Confederate figures I’m working on. These figures will be used in command units. To ensure that they look distinct I’ve been hacking away with my trusty craft knife.

From the left:
No. 1
Shown here for reference, an officer figure made from parts straight from the sprue. Not much to explain with this one. Basic right arm with sword (there are two sword arm options available in the infantry box). This figure is made to resemble the confederate officer shown on the front of the excellent Peter Dennis box art. 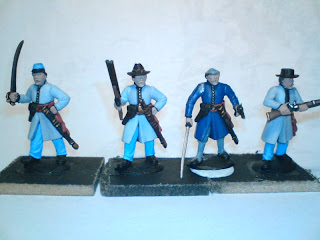 No. 2
One of my personal favourites next: a shotgun totting Confederate officer. This chap is probably not entirely historically accurate; perhaps more appropriate for a dismounted cavalry officer but I think he looks rather dashing. 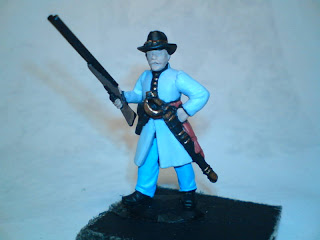 The shotgun was constructed from two equal lengths of brass rod glued together. These were then fitted to a cut down musket - the one with the right hand pulling back the cock. To give the figure a more natural look I had to reposition the right arm. As he’d holding the gun single-handed; rather than holding the shotgun across the body, I thought it would be better to have him balancing the gun in a more comfortable upright position. Using a small section of paper clip I pinned this part into place and then filled in the gap around the top of the shoulder. Finally I carefully cut through the solid moulded sword handle and glued this to the top to the scabbard.

No. 3
Another figure I’m particularly pleased with is this one based on an illustration by Richard Hook in Brassey's History of Uniforms American Civil War: Confederate Army. The picture show’s troops from South Carolina.Hampton’s Legion, Washington Light Infantry Volunteers Co. A. at the Battle of Seven Pines in 1862. The officer in the picture is apparently based on pictures of field officer Major James Conner. I thought that I could easily modify the Perry model to resemble this character. 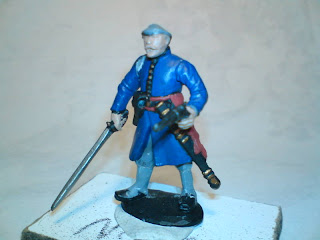 A straight right arm with sword from Perry ACW cavalry pack was chosen as it closely resembles the illustration. A new left arm and pistol were needed. This proved to be a bit tricky as I had to trim away the majority of the ‘standard firing arms’ part to leave me with just the left arm. The left hand also had to be removed and repositioned; then the main body of a pistol was then glued on top of the hand. I also hollowed out the pistol butt from the holster. The impression of the figure wearing riding boots were made by simply carving and filing down the trousers to blend into the shoes, but leaving a slight baggy overhang.

No. 4
Confederate Sargeant - Sword removed, holster cut down to make a cartridge case. The entire original left arm was removed and then the standard ‘arms handling musket’ piece were glued into position.

Look to your left 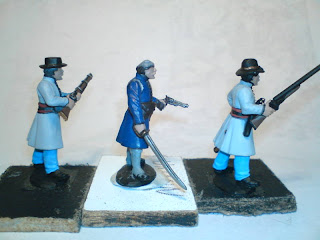 Look to your right 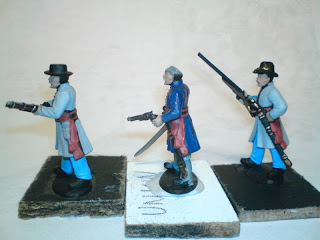 Posted by Ubique Matt at Wednesday, February 04, 2009 No comments: