The Lunt Roman Fort is a reconstructed first century wooden Roman fort located just outside Coventry, in the village of Baginton, Warwickshire. The fort has more or less remained the same since I first visited the site when I was a child back into the sunny 70's. The fort is probably best know for its distinctive bulging outline, unlike any other known Roman fort.


The fort is unusual as it makes the best use of the landscape utilising a high plateau with a steep bank sloping down to the river Sowe rather than the traditional Roman method of building in straight lines creating the usual playing card shape regardless of the location.

The Royal Engineers reconstructed the Porta Principalis Sinistra (eastern gate) in September 1970. The design was based on examples from Trajan's Column in Rome and was consistent with the archaeological evidence for a double gate with no guard chambers. It was discovered from reconstruction that it would take ten men using a single pole with pulleys and guidelines to easily haul the individual sections into place. The gateway took three days to reconstruct. I imagine that experienced Roman military engineers could complete the same task somewhat quicker.

Note the horse harness double phallic hangers visible just below the lower tip of the shield. This a copy from an original found on the site.
The reconstruction of the Gyrus was completed in 1977. Eighteen men from 31 Base Squadron working six hours a day took ten days to complete it. The large circular feature is unique in the Roman Empire. It is 107ft (34.06m) in diameter and has a double-gated, funnelled entrance. The archaeological evidence suggests this was a cavalry training ring. 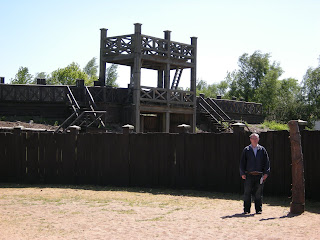 The Lunt may have been a centre for breaking and training horses seized from the Iceni – or Celtic horse people. Since horses were in constant demand by the army, they would be welcome spoils of war. A large wooden post in the centre of the Gyrus could be used for weapons practice, learning to cut and stab with the gladius (the short Roman sword) or throw and thrust with the pilum (spear).

I believe the fort earthworks have been left to fall into disrepair on purpose as local historians wanted to study the rate at which the walls collapsed.

On a recent visit to Much Wenlock in sunny Shropshire I saw this building, Raynalds Mansion, on the High Street. Although one of the window frame carries the names of 'John and Mary Raynalds 1682' as far as I can find out the core of the building is actually a lot older. The building opposite for instance, The Talbot Inn, dates from 1360. I was particularly impressed by the purely decorative geometric patterns created by the wood work. 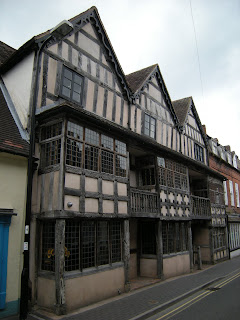 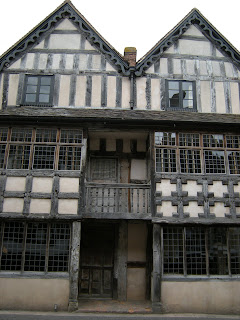 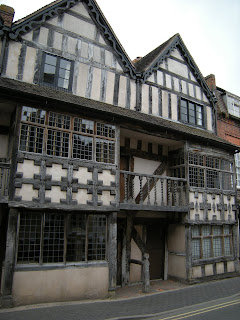 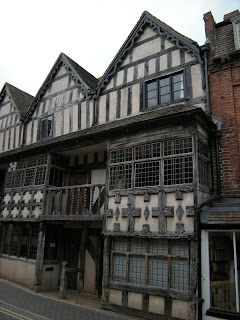 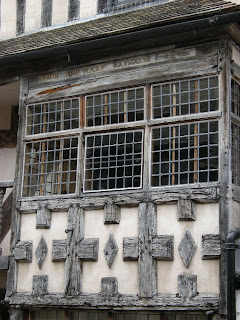 If I ever get the time I'd like to attempt to make a scale model of this building. I'm sure it would make an eye-catching addition to my meagre collection.
Posted by Ubique Matt at Monday, May 23, 2011 4 comments:

Email ThisBlogThis!Share to TwitterShare to FacebookShare to Pinterest
Labels: Buildings

This is the Preacher miniature from the Fire and Brimstone set by Warlord Games.

The figure nicely portrays a Puritan preacher such as Richard Baxter. Puritans became a major political force in England and came to power as a result of the First English Civil War. Any Puritan's wardrobe would contain a limited colour palette to say the least. I found it quite difficult to paint it to look interesting using just black, white and various shades of grey.
As the majority of my toy soldiers are Royalist, for now at least, I'll stick him in with the Covenanters to give them some moral support. I like to think that he is reading either Psalm 68:21 if his side is winning or Isaiah 2:4 if they are losing and about to be captured.

Regular readers will be pleased to note that my photography skills are as bad as ever. Apologies for their standard (as usual). 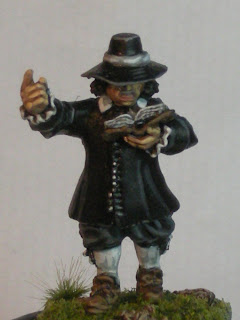 On Sunday, in what turned out to be another lazy bank holiday afternoon (waiting for our mom to cook Sunday lunch) my brother suggested that we go and look for the grave of a VC recipient, that of Anthony Clarke Booth. He won his Victoria Cross in extraordinary circumstances at the Battle of Intombe.


We knew that Booth was buried somewhere within the grounds of St Michael's Church, Brierley Hill. Anyone who has been privileged to see a  grave of a WWI or WWII recipient of a VC in Belgium or France will know that they are easily recognisable as the iconic symbolic cross is engraved into the headstone. However we thought, correctly as it turned out, that the gravestone wouldn't follow this pattern introduced by the Commonwealth War Graves Commission. After 15 minutes of carefully (with hindsight obviously not that carefully) searching we eventually managed to locate his final resting place.


Edit:
After a comment left on this post I released that I had shown the wrong grave! I had in fact detailed the grave of Booth's sons. Typically a grave will hold three people and the rest of his family are buried in a nearby plot. As we were in the area and the weather was fine we went for another look for the grave. The plot was actually pointed out to us by a passing police officer. 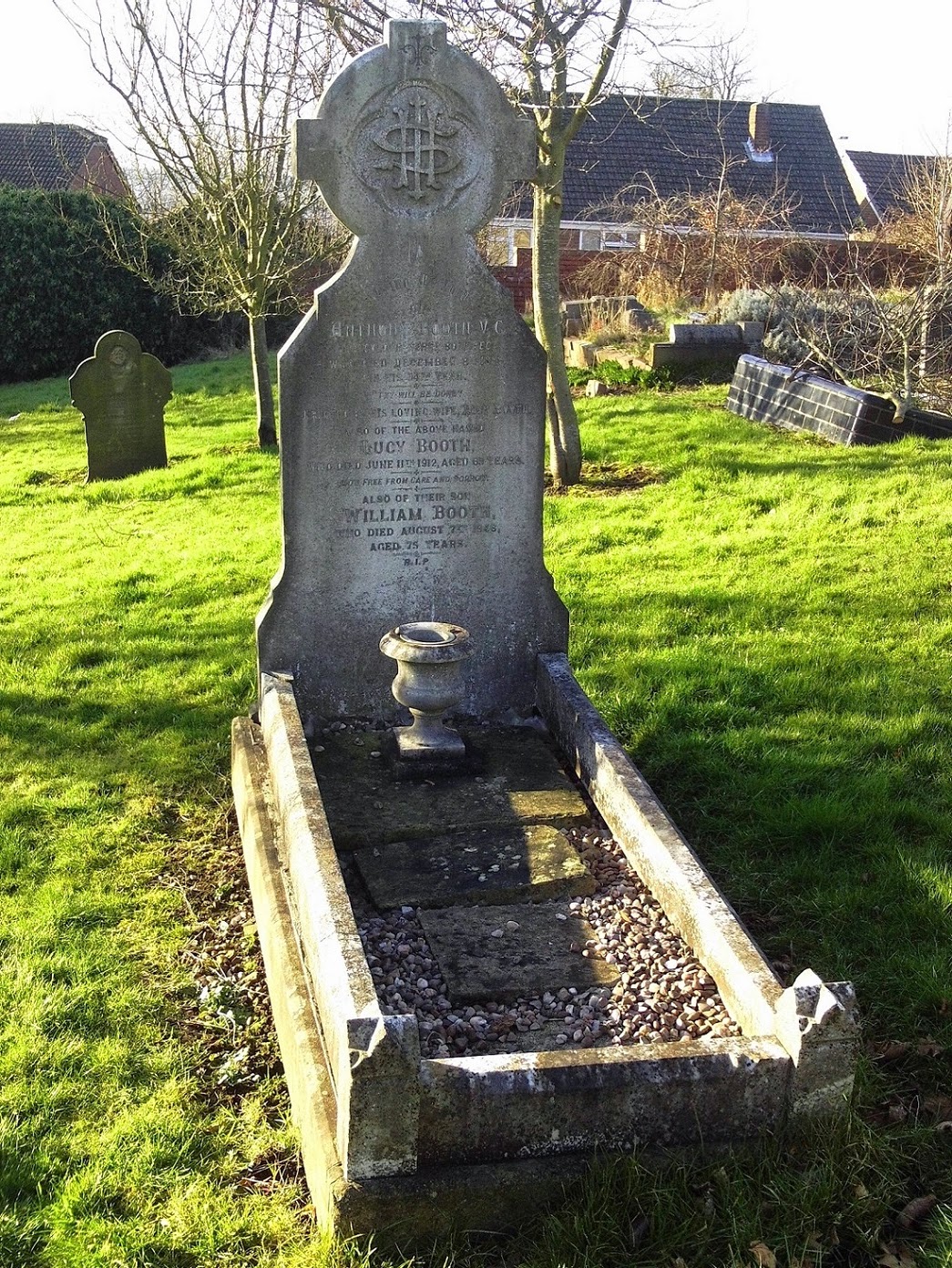 Aged 32 this sergeant from Carrington, Nottingham in the 80th Regiment of Foot  (later the South Staffordshire Regiment) staged a remarkable fighting retreat that saved the lives of dozens of his comrades but also saw the social disgrace of his, so-called superior, officer.

The citation is as follows:
On the 12th March 1879 on the Intombe River, South Africa (Zulu War), during an attack by a very large number of the enemy, Colour Sergeant Booth rallied a few men on the south bank of the river and covered the retreat of 50 soldiers and others for a distance of three miles. Had it not been for the coolness displayed by Colour Sergeant Booth, not one man would have escaped.


The London Gazette has him as a Colour Sergeant, but on the day of the Battle of Ntombe he was actually a Sergeant. His promotion came the following day to replace a Colour Sergeant killed in the action. The gazetting of his VC was delayed due to the fact the surviving officer from the action, Lt. Henry Hollingworth Harward, was court-martialled for cowardice. The trial commenced on 20 February 1880, and concluded on 27 February 1880. During the course of the trial, Booth's award appeared in the London Gazette on 24 February 1880. Harward was actually found not guilty but his career was over and he resigned his commission in May 1880.

Booth's Victoria Cross is displayed at the Museum of the Staffordshire Regiment in Whittingham, Staffordshire at the old regiment's barracks.

Below are photos of the grave of Booth's sons.

Note that Booth's son, Harry Charles also served with the 80th regiment.
Posted by Ubique Matt at Monday, May 02, 2011 8 comments: