I have mentioned in previous posts about the highly complex political nature of the West Midlands during the English Civil War. The following list of local combatants (which can be easily found through any internet search) helps illustrate this point.

These commanders were all based within roughly a 10 mile radius of each other. If you are familiar with the places mentioned below, you will quickly realise just how complicated the region’s politics must have been, not just in terms of military but also personal allegiance. Even these garrisons were never really secure, for instance Rushall Hall was taken and subsequently lost by the Royalists whilst under the command of Prince Rupert. 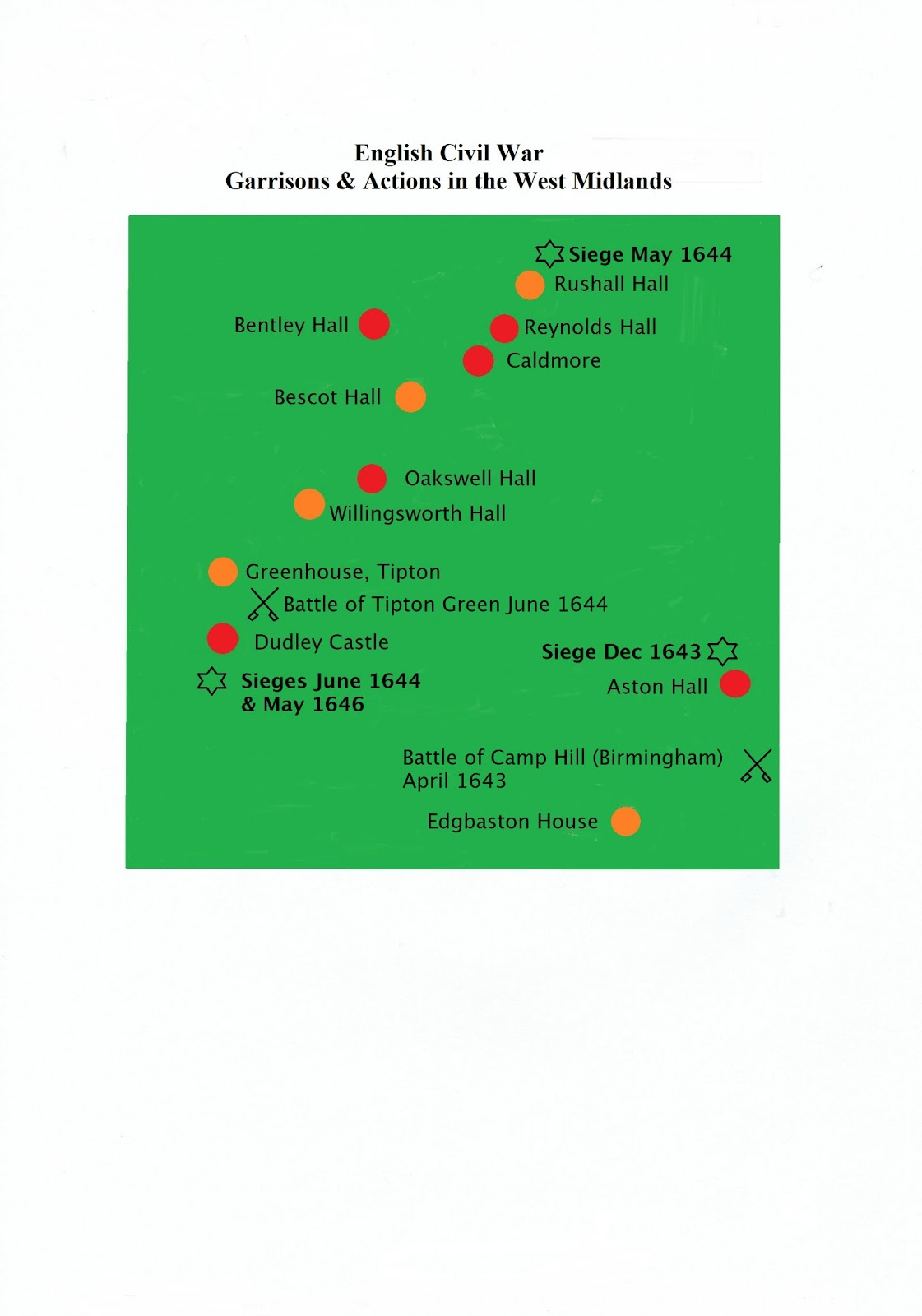 The above map is actually to scale, the green box being approx 14miles sq.

George Hawe at Caldmore, Walsall. Caldmore is pronounced locally as 'karma'. Why? I have no idea.

Edward Dudley at the Greenhouse, Tipton (site of the Battle of Tipton Green, 12th June 1644). The house has long gone but its location was in the region of Mad O'Rourkes Pie Factory pub on Hurst Lane.

Colonel John "Tinker" Fox (from Walsall but he commanded the garrison at Edgbaston House, Birmingham). Fox was such an irritant to the Royalists that he became their bogyman. It was later rumoured that he had even been the executioner of Charles I.
Posted by Ubique Matt at Wednesday, February 16, 2011