To quote from the Mantic website:
Bloodthirsty monsters created by an alien virus, the Plague exist for one thing only – to spread their contagion as far as possible. The virus affects its hosts in a variety of ways...the third stage infected show considerably less extreme physical changes, but they retain the ability to use technology, laying down covering fire with looted weapons while their larger brethren advance.

This figure is part of the Plague faction. He's a Stage 3A with Heavy Machine Gun which is ideal for laying down suppressing fire. This enables you to pin down opponents whilst his equally ugly chums charge down the enemy and knock the stuffing out of them. 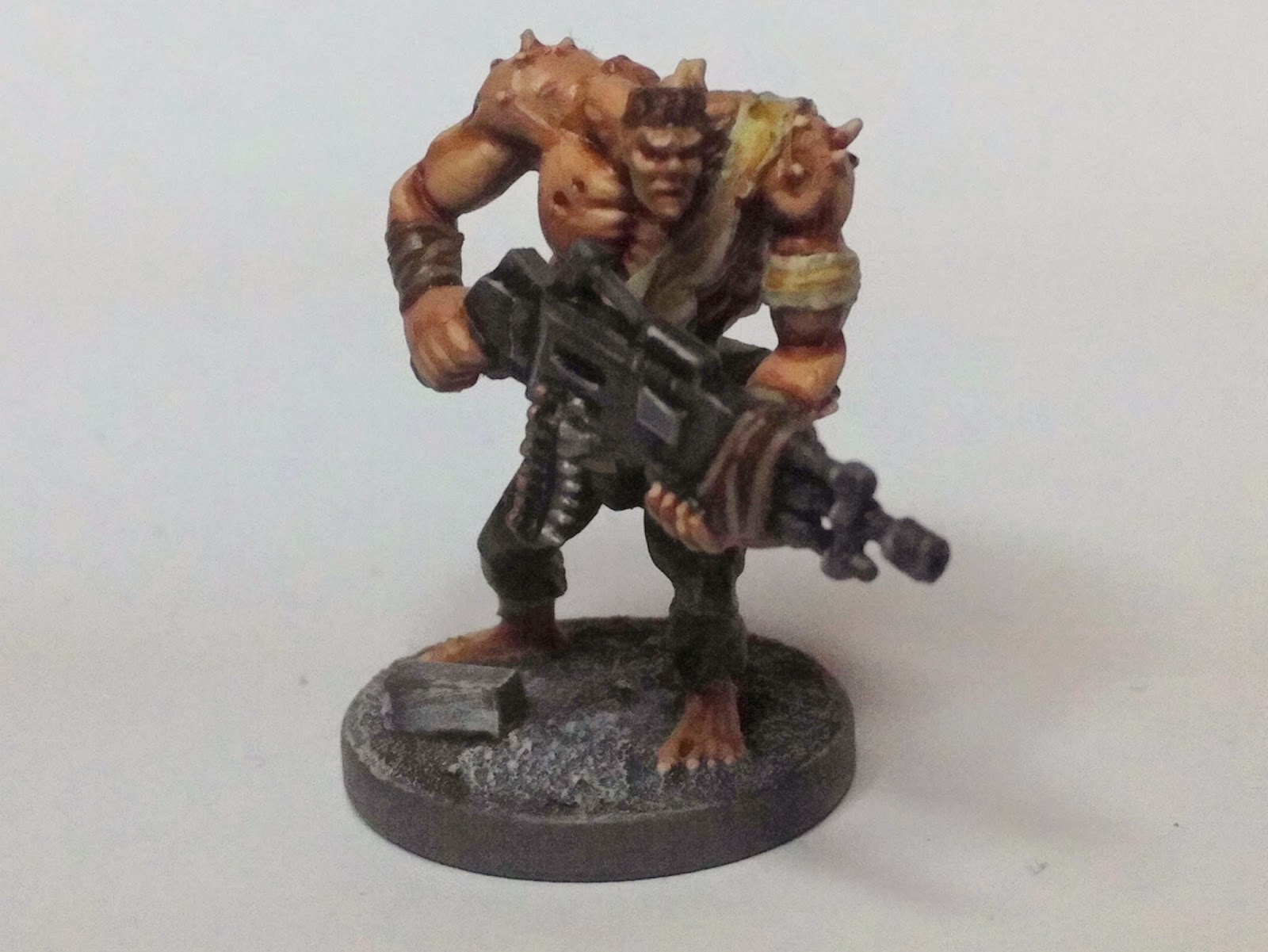 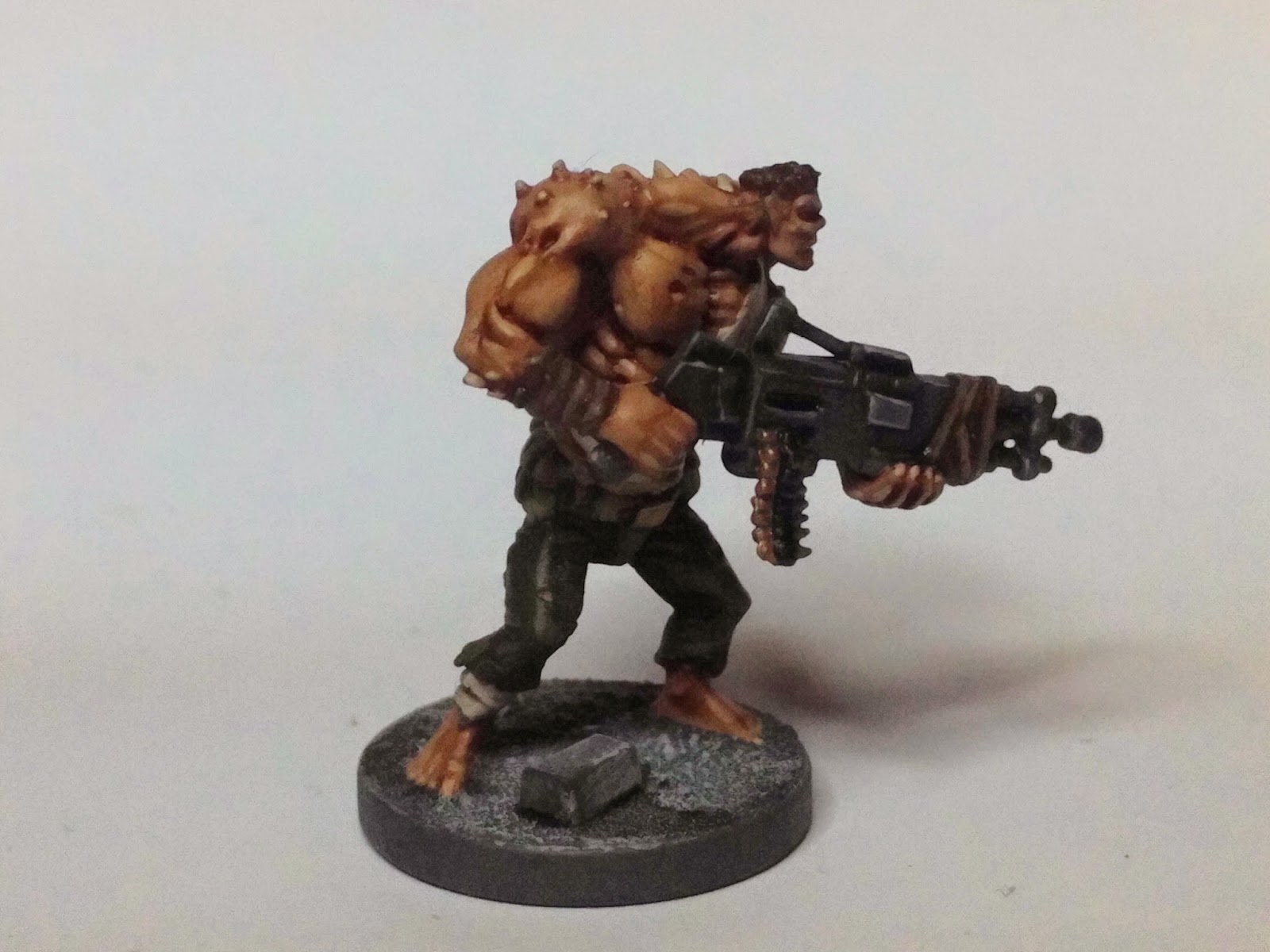 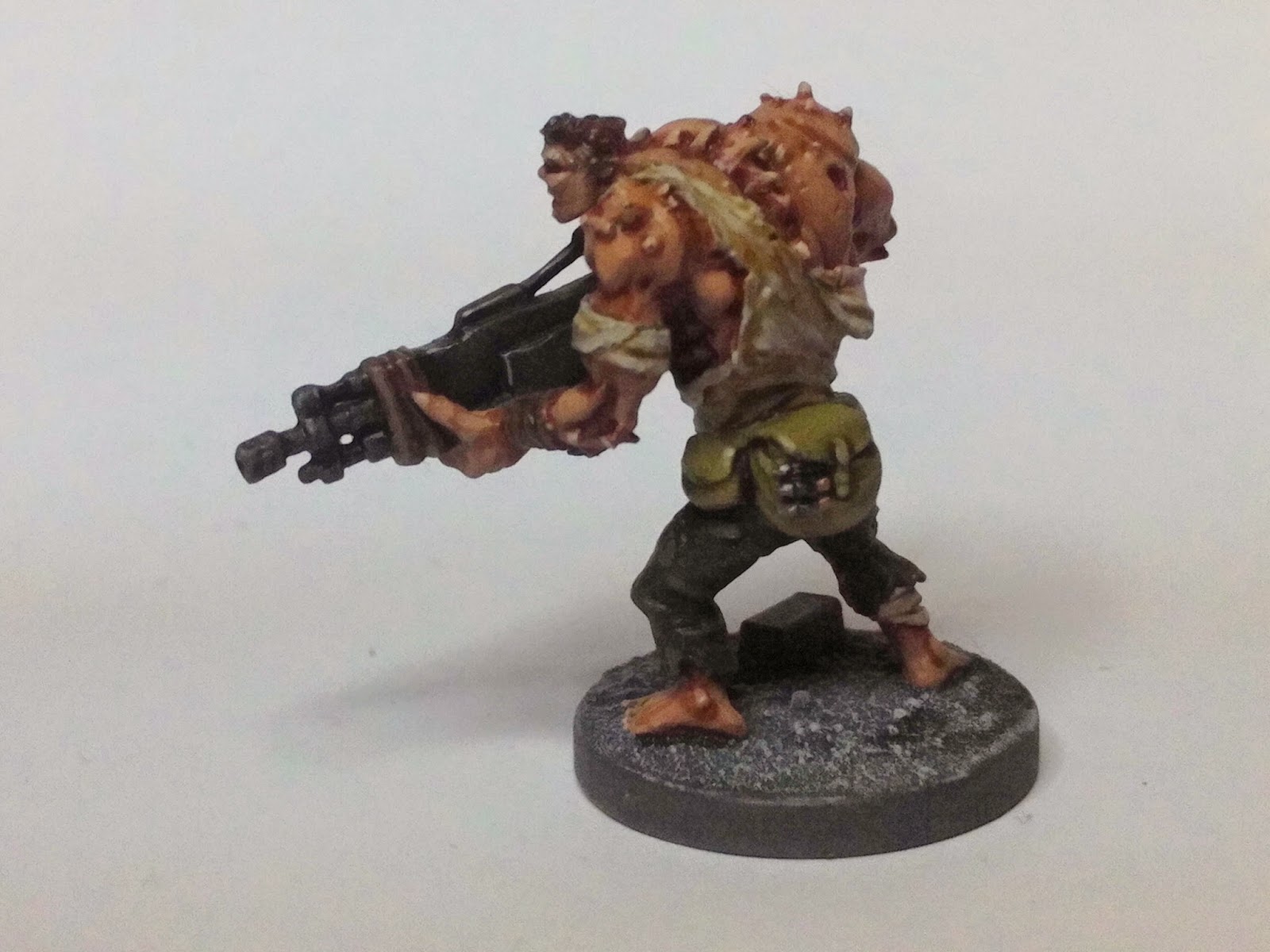