“And now for something completely different.” 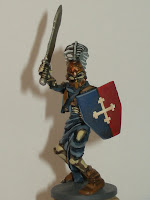 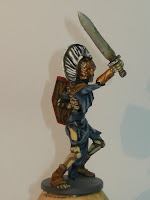 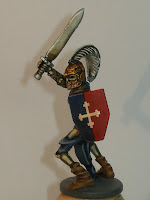 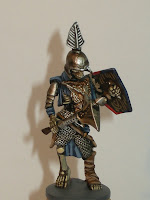 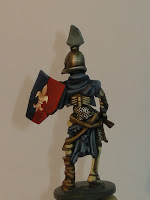 I had meant to copy the colour scheme for the figures directly from the company’s website i.e. blue ‘uniform’ and blue/red shield. I later realised that I had reversed the colours on the shield so that they now match the livery of Edward IV, although I think this is because I've recently been playing another board game, Richard III from Columbia Games. 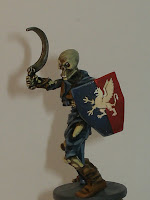 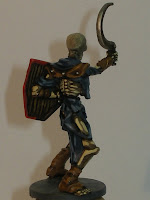 The figures themselves are nicely detailed. There is no flash and minimum mould lines. I was a little surprised that the figures are supplied with neither bases nor shield transfers, unlike the normal plastic sets apparently. I have deliberately left the integral (male - to use an engineering term.) bases of the figure plain so that if I ever by the appropriate female style bases I can simply plug them in and texture the base. They are available from the Mantic website 10 for £1. 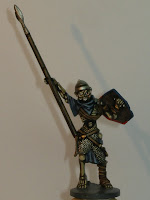 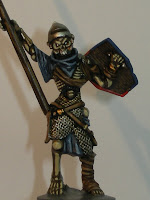 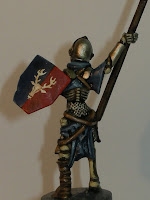 Regarding the shields I utilised a set of transfers from Citadel which have been lying around patiently in my spares box for about twenty five years (literally). Seeing as they are manky skeletons I also applied several various shades of brown washes to dirty their appearance.
Posted by Ubique Matt at Thursday, September 01, 2011