The Shropshire town of Shrewsbury is a place I visit quite often. In my youth I would often drive there, with friends from Dudley, on a night time just to enjoy a quick drink and KFC. I thought I knew the place quite well and to be honest I probably took the attractions there for granted. A couple of years ago my brother and myself travelled there by train so we both could enjoy a drink. For some reason, it may have been the weather or the alcohol, that visit changed my perception of the town completely. We walked round the medieval back streets, into the churches and old buildings. I can now honestly say that it now one of my favourite ‘local’ destinations although I still actively dislike the football team - boo hiss (old traditional rivals).

A few highlights from my latest visit:
St Mary's Church,
This is the oldest complete medieval church in Shrewsbury. Although this church is just off the main shopping street, over the dozens of times and over many years I been visiting the town, this has been the first time I’ve actually managed to enter this particular building.

Sir Henry Percy's, aka Harry Hotspur, body was put on display only a dozen or so feet away from here (roughly behind the house on the far left of the picture) after the Battle of Shrewsbury in 1403. The lower red section of the tower is 12th C made from dressed stone ‘robbed’ from the nearby Roman town of Wroxeter. The upper, lighter coloured stone, section is 14th C. 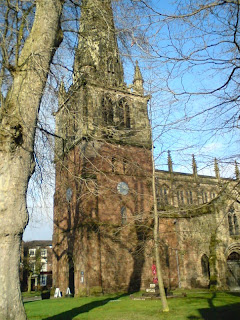 The church contains numerous stained glass windows brought here from over Europe Including Trier, Germany and Belgium. The most notable is the 14th C Tree of Jesse east window. This window can be quite accurately dated to around 1340 and was commissioned by Sir John de Charleton. His image can be seen to the right of Edward III on the lowest strip.

When you’re in the nave remember to look upwards and admire the carved oak ceiling. 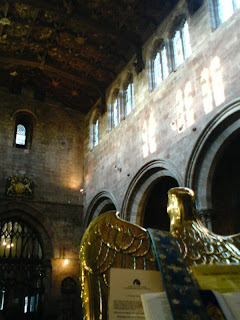 To the right of the window is the 1315 tomb of Simon de Leybourne. 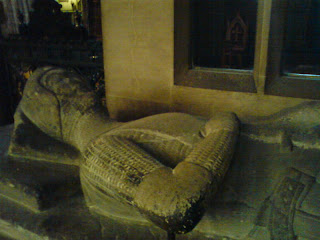 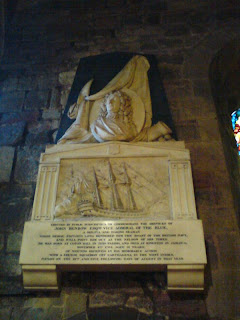 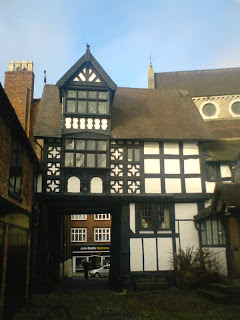 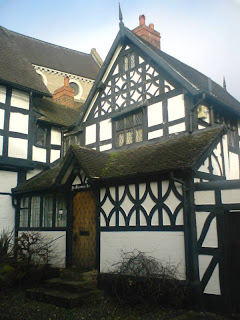 In the early morning of 22nd March 1645 Parliamentarian Colonels Mytton and Reinking sneaked into the town via this entrance, St. Marys Watergate, with their men, opened up the main gates giving the army entry into the town. The castle was quickly captured but King Charles had left several months before hand. 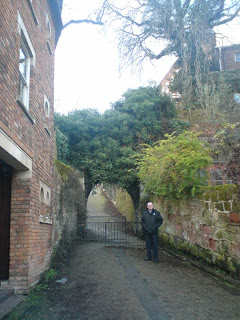 Looking back down towards the Watergate. In the background the Severn Bridge Junction can be seen. Built by the LNWR this is the largest surviving mechanical signalbox in the UK with a 180-lever frame (I have no idea what that means but I’m sure any train spotters out there will understand), and is a listed building. The river Severn can just be seen under the bridge. 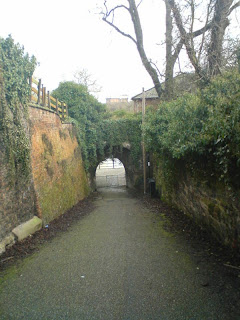