Last Sunday saw the annual West Midland Military Show, better known by its acronym WMMS, take place. I realise its a cliché but these annual shows really do seem to fly by with surprising speed as the years pass. As usual I'm probably the last person online to post images from the show. My brother took the photos which probably explains why they are generally in focus. It will also explain why I'm not able to identify the majority of the tables as he didn't take notes or photograph any of the info that normally identifies the stands.

The date of the show unfortunately fell a week before my monthly payday so I kept my purchases to an absolute minimum. I will however, over the next few weeks, be posting a few of the purchases that my brother picked up. 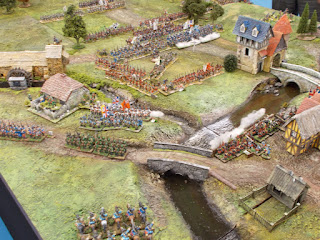 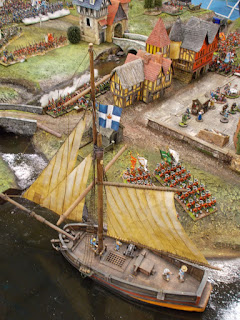 The standard of the games on display was very good. My brother and myself were admiring one (unattended) particular table (Photos below). I assumed was a display English Civil War game given the quality of the terrain and number of figures that populated the table. I do mean 'populated' because everywhere you looked there were small detailed vignettes, civilians going about their daily business and even animals in natural settings.

After a while two chaps walked across, apologised for making us wait (no apology needed as we thought it was a display game) and asking if we wanted to play a game.

The scenario was based on the true events involving the rescue of Charles I who was being escorted in a stagecoach to a manor house. 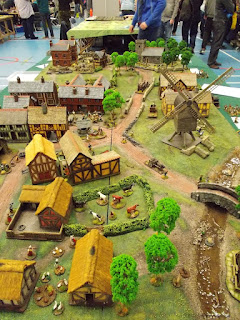 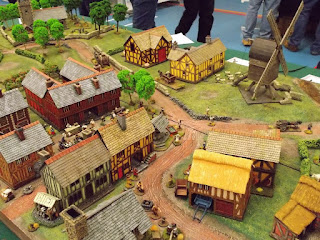 The rules were a variation of the Steve Jackson Zombie dice game. Very simple to play and follow.

For better photos of the game take a look [here].

There were over a dozen more participation and demo games of which only a handful we managed to photograph.
Also at the show were a number of modelling groups.As usual the standard of display was very high. 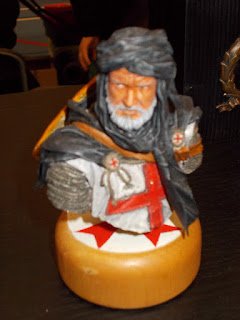 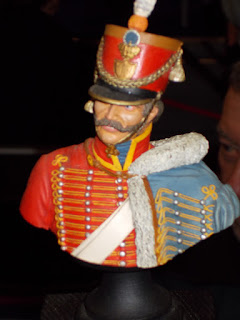 All-in-all the WMMS is a very enjoyable show with plenty of different displays and games to keep you interested. I'm already looking forward to next years show.