In perhaps the least glamorous start to any start to a brand new project these peasant figures are the first ones painted to take part in my adaptation of the Cry Havoc/Siege board game. 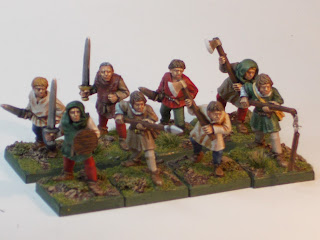 After buying several packs of knights and men-at-arms miniatures I noticed that the first scenario in Cry Havoc actually involves the humble peasants, hence these figures from the 'Peasants and Pilgrims' (pack ref. MCF032 - from the late Crusades range by Crusader Miniatures) are the first figures to be posted.

The box contains eight miniatures made up of four sets of identical twins. As regular readers will know, I'll find any excuse to modify figures so I got work with a scalpel and greenstuff . The results as shown below.

Originals are on the right, the modified versions on the left. 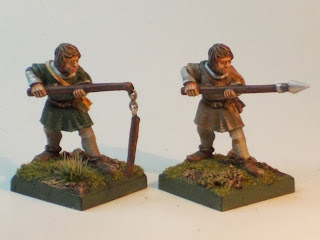 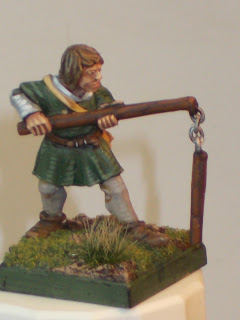 As medieval weapons were often developed from agricultural equipment I looked at the spearman and thought it would be relatively easy to convert the spear into a flail (the bill is another classic example of this form of adaption). I cut off the spearhead and superglued a small length of chain to the end, then I fixed a small length of plastic sprue to the end of the loose chain. I would strongly recommend using decent sets of tweezers for this fiddly job unless you want to glue yourself to the figure (which is precisely what I did, as per usual). 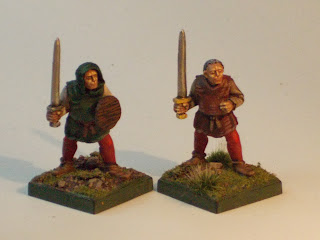 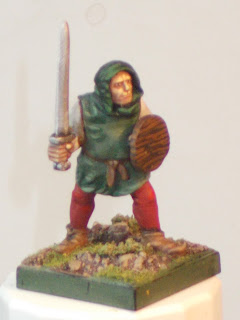 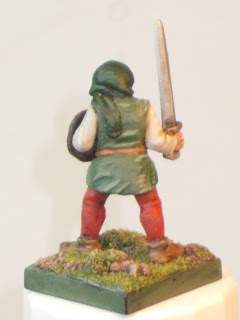 The cowls were added using greenstuff, a thin strip was wrapped round the head and then pushed and pulled into place using a metal scribe.

The small round wooden shield (targe or buckler - delete was appropriate), was taken from the Perry's plastic WoTR box set. 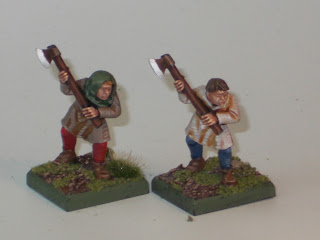 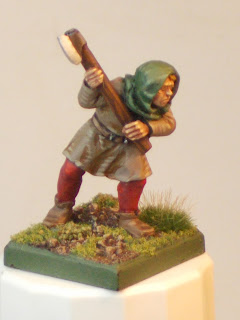 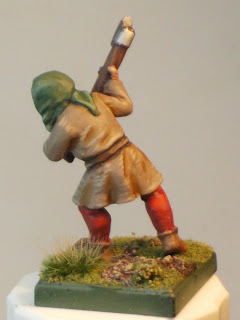 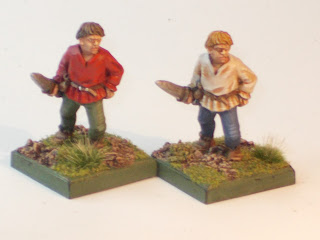 I forgot to take a picture of the backs of these figures so you'll have to trust me when I say I added a large leather bag to the figure on the left. It was made with just two balls of greenstuff stuck into position and then poked with a metal scribe to give the effect of creases and folds. The bag now looks too large but the greenstuff had set by the time I'd changed my mind so I left it as it was.